If you don’t discover how you can benefit from my products for ANY reason, not only can you keep it but I’ll give you every single cent back. (Note: Shipping and handling charges excluded)
You can try the products for a full 60 days. If you are not satisfied at any time during those 60 days, just let us know and I’ll gladly refund you. 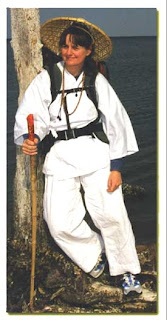 Think of being thousands of miles from home.
Native Filipinos tell you there’s trouble brewing.
The communists are coming to interrogate you.
You are physically defenseless against them.Peace Corps volunteer Karin Muller faced such a test.
She gathered all the coffee and sugar she could find.
When the Communists arrived, she invited them in.
“Thank God you’re here,” she said. “I’ve waited all day.
“Have some coffee. Leave your guns at the door.”
The puzzled leader took off his guns and sat down for coffee.
This way she avoided interrogation – or worse.
You can’t interrogate someone you’re having coffee with.
Who dares think women are the weaker sex?

Some time ago, I took one of our elected officials to task.
He was making a mistake and I said so in a roomful of his peers.
He did not speak to me for five years. Actually shunned me.
I thought it was humorous. But the acid was eating at him.
Finally a mutual friend arranged for us to clear the air.
He spent an hour at our kitchen table justifying his actions.
Over coffee, I patiently listened and did not argue with him.
But neither did I agree that he was right and I was wrong.

He was diagnosed with cancer a few months later.
We talked on the phone several times as he underwent chemo.
He’s the hero of this story. He initiated the meeting.
He welcomed the continuing dialogue. Then cancer took him.
I had the last word – and made it a good one.
We published a tribute to him and his achievements.
A little coffee and empathy can go a long way.

Guy Kawasaki tells Karin Muller’s story in his new book.
It’s entitled “Enchantment”. You will want to read it.
For a copy go to Amazon.com and type in Enchantment.
It’s well worth a few dollars and your time to read it.
More on his book later in my Million Dollar Ideas newsletter. 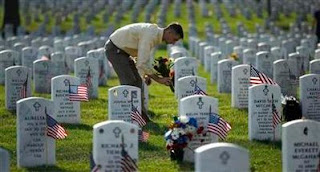 I’ll bet you don’t know Memorial Day’s origin?
That’s OK. Not a lot of us do.
To some it’s just another day to shop or play.
Historically, it was started by freed slaves.
They honored the Union troops who freed them.
The last Monday in May has become a holiday.
It is a time to reflect on the sacrifices of others.
Those who paid the price for our freedoms.I recently visited Arlington Cemetery – again.
This time it was with 100 World War II veterans.
These men had made countless sacrifices for all of us.
It was a memorable experience.
Just listening to them talk about the war.
Seeing tears in their eyes for fallen comrades.

I watched a movie Sunday about World War I.
The story was from the German side of the lines.
Soldiers on both sides of any war pay high prices.
This should not put us in sympathy with the enemy.
The jihadists are determined to end our way of life.
To take our freedoms and impose their ways on us.
It should strengthen us to know they are only men.
Deceived men whose leaders mislead them.
That is their weakness and our strength.

You see what is going on in the Moslem world today.
The idea of freedom is stronger than ever.
Let us commit to preserve that idea, to nurture it.
That is my Memorial Day challenge to you.
Remind your friends why we are as free as we are.